The Scilly Isles are situated in the Atlantic Ocean about twenty-eight miles south-west of Land's End and the Cornish mainland. They comprise four inhabited islands, over fifty small islets and a large number of rocky outcrops. By the 14th Century, the Scillies were part of the Duchy of Cornwall. In the 16th Century, Queen Elizabeth I granted the lease of the islands to Francis Godophin who built the artillery fort Star Castle on the main island of St Mary's. Scilly was nominally Royalist during the English Civil War but remained uninvolved until the spring of 1646 when the Prince of Wales sheltered on St Mary's for six weeks after escaping from the mainland. From September 1646, the isles were garrisoned by Parliament. In 1648, during the Second Civil War, the soldiers on Scilly mutinied and declared for the King. After the execution of Charles I, Sir John Grenville was commissioned Royalist governor of Scilly by Charles II.

Grenville arrived on Scilly in February 1649. He strengthened the fortifications of Star Castle on St Mary's and the Henrican artillery fort known as King Charles's Castle on the neighbouring island of Tresco. Under Grenville's governorship, the Scillies became a notorious base for Royalist privateers which preyed upon English and Dutch vessels in the Western Approaches. The Commonwealth government maintained regular naval patrols in an effort to thwart Grenville's privateers but by 1651 the problem had become so serious that both the Commonwealth of England and the United Provinces of the Netherlands prepared to take direct action.

On 30 March 1651, the Dutch admiral Maarten Tromp arrived off Scilly with a squadron of thirteen warships to demand the release of Dutch ships, crews and cargoes taken by the privateers. The Council of State had already ordered Sir George Ayscue to attack Grenville's base. Fearing that the Dutch intended to seize the islands, the Council commissioned Robert Blake to join forces with Ayscue and to take command of an expedition against Grenville, and against Tromp's squadron if necessary. Blake and Ayscue sailed from Plymouth on 12 April 1651 with twenty-two ships and nine companies of foot under the command of Colonel John Clarke.

Meanwhile, Grenville had released a number of Dutch prisoners to Tromp. He was unable to comply with Tromp's demand for the return of captured ships and cargoes because they had already been sold. Grenville's confrontational attitude antagonized Tromp who offered to co-operate fully in the capture of the Scillies when Blake arrived on 13 April. Still suspicious of Tromp's motives, Blake agreed to a joint show of strength by the Dutch and English squadrons in an attempt to intimidate Grenville, but insisted that the English troops alone should assault the islands. 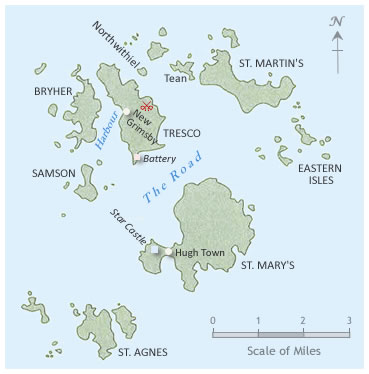 Grenville had around 1,000 men under his command, including a number of veteran reformadoes, some of the mutineers who had deserted Parliament and some Irish troops, who, under the terms of a parliamentary ordinance of October 1644, could be summarily executed if captured. Most of the Royalists were stationed on the main island of St Mary's, which was strongly defended by Star Castle and by several Royalist frigates anchored in the roads. Realising that an attack on St Mary's would be extremely difficult, Blake decided to secure Tresco and Bryher first, which would give the Commonwealth force a safe anchorage at New Grimsby harbour between the two islands. However, two of the most powerful of the Royalist warships were stationed to defend the entrance to the anchorage. An initial attempt to attack New Grimsby harbour was driven back, so Blake decided to invade Tresco from the eastern side of the island.

Contrary winds prevented a landing attempt until the morning of 17 April. The Commonwealth soldiers were loaded into forty boats under the overall command of Colonel Clarke. The landing force was formed into two detachments to attack at different points on Tresco's east coast. Under covering fire from Blake's squadron, Colonel Bawden led the first detachment, but quickly ran into difficulties in the rough waters and strong currents. To Bawden's annoyance, the civilian pilots and leading rowers landed the boats on the islet of Northwithiel and claimed that the tide was running too high to attempt the crossing to Tresco itself. Meanwhile, Colonel Clarke with the second landing party had also gone astray. Clarke tried to land on a rocky section of Tresco's coast under heavy fire from Royalist musketeers defending the shore. One party got ashore, but were driven back to their boats by the Royalists. Other boats simply rowed away, making no attempt to land. Clarke was finally forced to abandon the attack and rejoin his men, who had retreated to the island of Tean.

The Commonwealth soldiers spent an uncomfortable night stranded by rough weather on the outlying islands. Blake sent out supplies to them the following morning. He decided to make another assault on Tresco by night, but using experienced seamen to spearhead the attack. Captain Morris was sent to Clarke with two hundred armed seamen, boats and rowers. As darkness fell on 18 April, fires were lit to convince the Royalists that the Commonwealth troops were still encamped on the islands and eighty men were left on Northwithiel to distract the enemy. Smoke from the fires obscured the attack when the boats set off for Tresco between 11 and 12 o'clock at night. They were not observed until they were half-way across. The alarm was raised and the Royalists opened fire. Captain Morris kept his leading boats together. The armed seamen landed successfully and held their ground until the first of Clarke's soldiers reached the beach. A Royalist counter-attack forced the Commonwealth troops back to the water's edge but as more soldiers landed the Royalists were gradually overwhelmed. After an hour's close-quarter fighting with swords and clubbed muskets, the Royalists were routed.

Sir John Grenville, who had come to Tresco to direct the defence, evacuated as many of his troops as he could and withdrew to his stronghold on St Mary's. Around fifteen Royalists were killed in the fighting on the beach and a further forty drowned during the evacuation. 167 were taken prisoner. The Royalist frigates that had guarded the channel were also captured with little or no resistance. The Commonwealth forces lost only four men killed. With Tresco and Bryher secure, Blake brought his ships into the safety of the anchorage.

Bad weather prevented any further action until 25 April when Blake summoned Grenville to surrender. On 2 May, commissioners from both sides met on the island of Samson to negotiate a treaty but were unable to reach agreement. Blake ordered a gun platform to be constructed on the southern tip of Tresco opposite St Mary's. Blake and Ayscue had a lucky escape when the bombardment began and an over-charged culverin exploded, injuring the gun crew and a number of onlookers. Another culverin was mounted and the bombardment began in earnest, with Commonwealth warships joining in to pound the Royalist positions on St Mary's.

With no hope of relief, morale among the Royalists quickly declined. In mid-May, Blake offered lenient terms for surrender, which Grenville accepted on 23 May. The English soldiers in the garrison were allowed either to make peace with the Commonwealth and go home, or safe passage to Scotland to join Charles II. The Irish troops, who were liable for the death penalty for taking up arms against the Commonwealth, were returned to Ireland and allowed to go free. All the Royalists were granted an indemnity for previous actions, which was extended to the fifteen privateers still at sea. Sir John Grenville was compensated for the artillery he left on St Mary's. On 3 June 1651, Commonwealth troops garrisoned the Scillies.

S.R. Gardiner, History of the Commonwealth and Protectorate vol. i (London 1903) 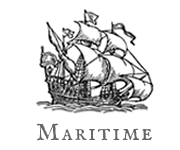 The Third Civil War in detail