The Confederate Assembly of Kilkenny

In May 1642, the Roman Catholic clergy of Ireland held a national synod at Kilkenny in Leinster to discuss ways of controlling the Irish Uprising and of achieving national unity against the Protestant invaders. With representatives of the native Irish nobility and the Catholic "Old English" aristocracy in attendance, an alternative government for Ireland was proposed. Asserting their loyalty to King Charles, the Confederates drew up an Oath of Association, in which they swore to restore Roman Catholicism to a reunited Ireland. Agents were appointed to lobby support from Catholic powers in Europe and to persuade Irish soldiers serving in foreign armies to return and fight for the Confederate cause.

The first Confederate General Assembly was held at Kilkenny in October 1642. It was attended by leading nobles, clergymen and gentry sitting together in the same room and forming two Houses: the Lords (nobles and clergy) and Commons (gentry), with the lawyer and politician Nicholas Plunkett acting as Chairman. The delegates insisted upon their loyalty to the Crown. The Confederacy was a provisional government to direct Irish affairs only until such times as King Charles had resolved his quarrel with the English Parliament. The constitution was drawn up by lawyer Patrick Darcy in consultation with a committee of noblemen, clergy and gentry.

In November 1642, a Supreme Council of twenty-four members was elected, with six representatives from each of the four provinces Leinster, Ulster, Munster and Connacht. Richard Butler, Viscount Mountgarrett, was elected President, and a bureaucracy for the civil, legal and military administration of Ireland was established. A mandate was issued requiring priests to administer the Confederate Oath of Association in all parishes throughout Ireland. Money was authorised to be minted, a press set up to publish the Assembly's acts and decrees, and arrangements for collecting taxes were put in place. Confederate ambassadors were appointed and recognised in Paris, Madrid and the Vatican, from where it was hoped that money and weapons would be supplied to continue the Confederate War that had developed from the 1641 uprising. Meanwhile, four regional military commands (Leinster, Ulster, Munster and Connacht) were formed to direct the war.

The Assembly met annually at Kilkenny until 1648. Although a sophisticated parliamentary system began to emerge, the Assembly never succeeded in gaining full control over Ireland's administrative structure like the Parliamentarians in England or the Covenanters in Scotland. Roman Catholics regarded the Confederacy as a means of restoring the Catholic Church to its former power in Ireland and in 1645, Pope Innocent X sent Archbishop Rinuccini as papal nuncio to Kilkenny. Rinuccini was instructed to work for the expulsion of all Protestants from Ireland. While Owen Roe O'Neill and the Gaelic Irish supported Rinuccini, most of the Anglo-Irish aristocracy regarded the Pope's demands as unrealistic and worked for a negotiated religious settlement with King Charles. Rinuccini's refusal to compromise in negotiations with the King's deputy, the Protestant Marquis of Ormond, opened deep divisions within the Confederacy.

In January 1645, King Charles issued a warrant to the Earl of Glamorgan, a Welsh Catholic nobleman, to negotiate for a secret treaty with the Confederates. The King desperately needed more troops in England, particularly after his crushing defeat at Naseby in June 1645, and he was now prepared to recruit Irish Confederates despite the potential political damage to his cause amongst English and Scottish Protestants. Glamorgan was empowered to promise major concessions to Roman Catholics in Ireland in exchange for a Confederate army. At the same time, the staunchly Protestant Marquis of Ormond was negotiating an official treaty with the Confederates. Ormond was apparently unaware of the secret Glamorgan treaty, or the extent of the King's duplicity.

The situation was further complicated by the arrival at Kilkenny of Archbishop Rinuccini, the papal nuncio, in November 1645. Rinuccini's instructions from Pope Innocent X were to work for nothing less than the expulsion of all Protestants from Ireland and for the restoration of the Roman Catholic Church to its former power. Rinuccini adopted a hardline approach, rejecting the negotiations with Ormond and attempting to gain more concessions from Lord Glamorgan. When that failed, Rinuccini promoted the "Roman Treaty" signed between Sir Kenelm Digby and the Pope at the instigation of Queen Henrietta Maria. Tortuous negotiations continued until the spring of 1646, when it became clear that the King had lost the English Civil War.

Rinuccini's uncompromising attitude split the Confederacy. His most fervent supporters sought the restoration of the Catholic church in Ireland above all other considerations. This group included the Catholic clergy, the native Gaelic Irish and many of the exiles who had returned to Ireland, including Owen Roe O'Neill. However, the Supreme Council at Kilkenny was dominated by the Anglo-Irish noblemen, led by Ormond's brother-in-law Donough MacCarthy, Viscount Muskerry. The nobles favoured a negotiated peace treaty with King Charles and looked to Ormond for guidance. A third moderate faction emerged, led by the distinguished lawyer Nicholas Plunkett, which tried to preserve the unity of the Confederacy whilst still protecting Irish political and religious interests.

An internal civil war broke out within the Confederacy in 1648. Lord Inchiquin, leader of the Munster Protestants, renounced his support for Parliament, declared for the King and proposed a truce with the Confederates. While the Anglo-Irish lords on the Supreme Council readily accepted the Inchiquin Truce, Archbishop Rinuccini denounced Inchiquin, who was notorious for persecuting Catholics, and threatened anyone who supported the Truce with excommunication. In support of Rinuccini, General O'Neill and the Ulster army declared war on the Supreme Council and pillaged the lands around Kilkenny during the summer of 1648.

The Confederacy was formally dissolved under the terms of the Second Ormond Peace in January 1649, which was negotiated by the Marquis of Ormond and which secured an alliance between the Confederates and the Royalists. News of the Second Ormond Peace, coupled with the arrival of Prince Rupert's fleet at Kinsale in February 1649, greatly alarmed the English Parliament. One of the earliest acts of the Commonwealth Council of State after the execution of King Charles was to appoint Oliver Cromwell commander of an expeditionary force for the final subjugation of Ireland.

Jane Ohlmeyer, The Civil Wars in Ireland (in The Civil Wars, a military history of England, Scotland and Ireland 1638-60), (Oxford 1998) 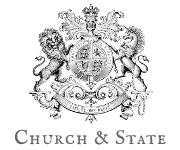 Ulick Burke, Marquis of Clanricarde: Confederate nobleman who remained loyal to the King and defended Connacht against Cromwell's invaders.

Donough MacCarthy, Viscount Muskerry: leader of the Munster Confederates and prominent member of the Supreme Council.

Sir Phelim O'Neill: a ringleader of the conspiracy that ignited the Irish Uprising, he fought throughout the Confederate War.

General Thomas Preston: veteran Confederate general whose rivalry with O'Neill was detrimental to the cause.

Archbishop Rinuccini: papal nuncio to the Confederacy, uncompromising in his efforts to restore the Catholic church in Ireland.

Sir Nicholas Plunkett: Dublin lawyer appointed chairman of the Kilkenny Assembly and a leading negotiator for the Confederate cause.

Patrick Darcy: distinguished lawyer who drew up the Confederate constitution.