King Charles' cleverest and most able adviser, he became a scapegoat for Parliament's grievances and was finally deserted by the King.

Thomas Wentworth was born in London, the second son of Sir William Wentworth, of Wentworth Woodhouse near Rotherham, a member of an old Yorkshire family. His mother was Anne, daughter of Sir Robert Atkins of Stowell, Gloucestershire.

Wentworth was educated at St John's College, Cambridge and studied law at the Inner Temple in 1607. He married Lady Margaret Clifford (d.1622), daughter of the Earl of Cumberland, in October 1611 and was knighted by King James I in December 1611. After completing his education with a year's travel abroad, Wentworth returned to England in February 1613. He inherited a baronetcy on the death of his father in 1614 and was elected to the Parliament of 1614 as MP for Yorkshire.

Wentworth was regularly elected to subsequent Parliaments called by King James and his successor King Charles I. Due in part to his bitter personal feud with Sir John Savile, who was a client of the Duke of Buckingham, Wentworth was drawn into political opposition to Buckingham and King Charles. His opposition deepened when, after the death of his first wife in 1622, he married Lady Arabella Holles (d.1631), daughter of the Earl of Clare and sister of Denzil Holles, both of whom were prominent critics of Buckingham. King Charles appointed Wentworth sheriff of Yorkshire in an attempt to exclude him from the Parliament of 1626, but Wentworth continued his opposition. Like John Hampden and others, he refused to pay the forced loans demanded by the King, for which he was imprisoned for six months in 1627.

In the Parliament of 1628, Wentworth argued for a moderate version of the Petition of Right, and lost influence when Sir John Eliot and Sir Edward Coke succeeded in carrying their more radical form of the petition. After Buckingham's assassination in 1628, and with the subsequent abandoning of the disastrous wars against France and Spain, Wentworth declared his fundamental loyalty to the Crown. King Charles secured his allegiance in December 1628 by making him a viscount and appointing him lord-president of the Council of the North. Wentworth dealt decisively with northern lords who opposed his authority and quickly established himself as a competent and efficient administrator. He was appointed to the privy council in May 1629.

When Wentworth's second wife died in October 1631, the Holles family held him responsible because he had asked her to travel while pregnant. A year later, he married Elizabeth Rodes, the daughter of a prominent Yorkshire Puritan.

In 1632, Wentworth was appointed lord-deputy of Ireland. The appointment was suggested to the King by Wentworth's colleagues on the privy council, Lord Weston and Lord Cottington—probably as a means of manoeuvring a potential rival out of the way. Ireland was regarded as a difficult appointment, but Wentworth was ambitious and eager for promotion. He took up the appointment in July 1633.

With his close ally Archbishop Laud, Wentworth evolved the centralizing policy known as "Thorough", by which they managed the administration of Church and State during the period of King Charles' Personal Rule. Wentworth systematically applied this policy in Ireland. He dominated the main power groups by clever manipulation of the Irish parliament. In collaboration with the Earl of Ormond, he built up an Irish army for the King's use. Schemes were introduced to develop trade and industry of every kind: financial reforms to increase Ireland's revenue were enforced; the piracy that was rife around the Irish coast was suppressed.

However, Wentworth's methods were ruthless and despotic. The interests of the Crown were his priority, at the expense of all private interest. He alienated the predominantly Catholic "Old English" aristocracy in Ireland by promoting the interests of the new wave of Protestant settlers from England and Scotland, then alienated the settlers by enforcing Laud's anti-Puritan religious reforms and by bringing in new taxes. The policy of driving the native Irish population from their lands was continued and extended under Wentworth's administration. He planned the full-scale plantation of Connacht and Leinster by disputing Irish land titles and confiscating estates wherever possible to make way for the new settlers.

Despite Wentworth's single-minded devotion to the King's interest, Charles had never entirely trusted him. The King's attitude did not change until the crisis brought about by England's humiliating defeat by the Scots in the First Bishops' War (1639), after which Wentworth was recalled to England as chief adviser to the King. In January 1640, he was elevated to the position of lord-lieutenant of Ireland, which empowered him to govern Ireland in his absence through a deputy. He was also created first Earl of Strafford.

King Charles was determined to continue the war against Scotland. Strafford coerced the Irish Parliament into granting sufficient funds to raise a new army in Ireland for service against the Scots. He also advised the King to summon a Parliament in England to raise further war funds. Though willing to grant subsidies, the Short Parliament would only do so on condition that their many grievances in Church and State policy were addressed. Strafford then persuaded the King that an army could be raised in England by other means which, reinforced by the Irish army, would be enough to subdue the Scots. Charles abruptly dissolved Parliament in May 1640. However, the newly-mustered English army, untrained and badly disciplined, was easily defeated in the Second Bishops' War before the troops from Ireland could be deployed. The expense of having to maintain a Scottish army of occupation in Northumberland and Durham forced the King to call the Long Parliament in November 1640.

Strafford, now reviled as "Black Tom Tyrant", became a scapegoat for the nation's grievances. At the instigation of John Pym and other opposition MPs, one of the Long Parliament's first actions was to call for his impeachment. The case against him hinged upon an accusation that he had treasonously advised the King that the Irish army could be used against his opponents in England as well as the Scots. Strafford's trial opened on 22 March 1641, with Pym leading the prosecution. Strafford defended himself so ably that his alleged treason could not be proved. When it looked as if he might be acquitted, Pym and his supporters resorted to a bill of attainder. After anguished hesitation, King Charles gave way to the clamour for Strafford's execution and gave his consent to the bill. To great popular rejoicing, Strafford was beheaded on Tower Hill on 12 May 1641.

The King's betrayal of Strafford remained on his conscience. He came to believe that his own sufferings during the Civil Wars were a just punishment for his sin in letting Strafford die. It was certainly a grave political mistake, since Strafford was the ablest and cleverest of all the King's advisers. The attainder against him was reversed after the Restoration, and his only surviving son William succeeded as the second Earl of Strafford.

Strafford's speech in his own defence at his trial www.bartleby.com 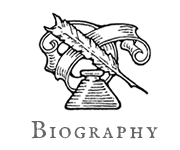